The team held an alignment day last Wednesday to go through the goals for the next financial year.  We followed this up with a round of golf which unfortunately (or fortunately for some!) was cut short due to lack of light.  The losing team from each hole had to don the sparkly wigs and despite appearances the winning team was the Angry Birdies consisting of Chris, Jake & Erin.  The Sultans of Swing (Steve, Rob & Brooke) lost only by a narrow margin.  Sam was the official judge given the imminent arrival of her baby in a few weeks. 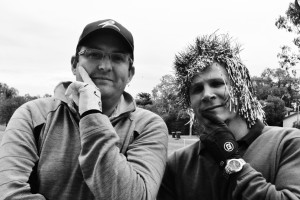